Audra weekends with Tanglewood and the Manchester Music Festival 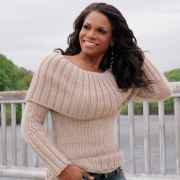 Audra concludes her summer tour with two festival appearances in New England this weekend. On August 24, she takes to Tanglewood for John Williams’s Film Night with the Boston Symphony Orchestra. As part of the salute to Hollywood’s rich musical history, she performs selections from such notable films as A Star is Born, State Fair, and The West Point Story. In addition to Maestro Williams, conductor David Newman (son of Alfred and a film composer in his own right) also takes the podium Saturday night. The following afternoon finds Audra in Manchester, Vermont, for the city’s eponymous music festival, singing with the Manchester Pops Orchestra and her music director Andrew Einhorn. For more information on Audra’s summer performances, click here.