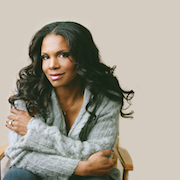 Audra kicks off the second half of her fall tour this Saturday with a concert at Houston’s Wortham Center. This performance marks the Tony award-winner’s first return to Houston since she made her Houston Grand Opera debut in 2006 in a double-bill of monodramas. The following day, Audra brings her “incredible voice, with its unique blend of sunshine and shade” (Toronto Star) to the Long Center in Austin. Audra then makes her way to the west coast for concerts in Las Vegas (Oct 22), San Diego (Oct 25), and LA (Oct 26). Audiences around the country can see Audra on television later this season when she takes on the role of the Mother Abess in NBC’s live production of Rodger and Hammerstein’s The Sound of Music. Click here for a full list of Audra’s concert appearances this fall.