Audra McDonald has been nominated for a 2020 Critics’ Choice Award in the category of “Best Supporting Actress in a Drama Series” for her portrayal of Liz Lawrence in The Good Fight. The follow-up series to The Good Wife, The Good Fight is a drama featuring political and social commentary on topics such as the alt-right, #MeToo Movement, and fake news.

Click here to watch a clip of Audra discussing her character’s role in season 3 of The Good Fight. 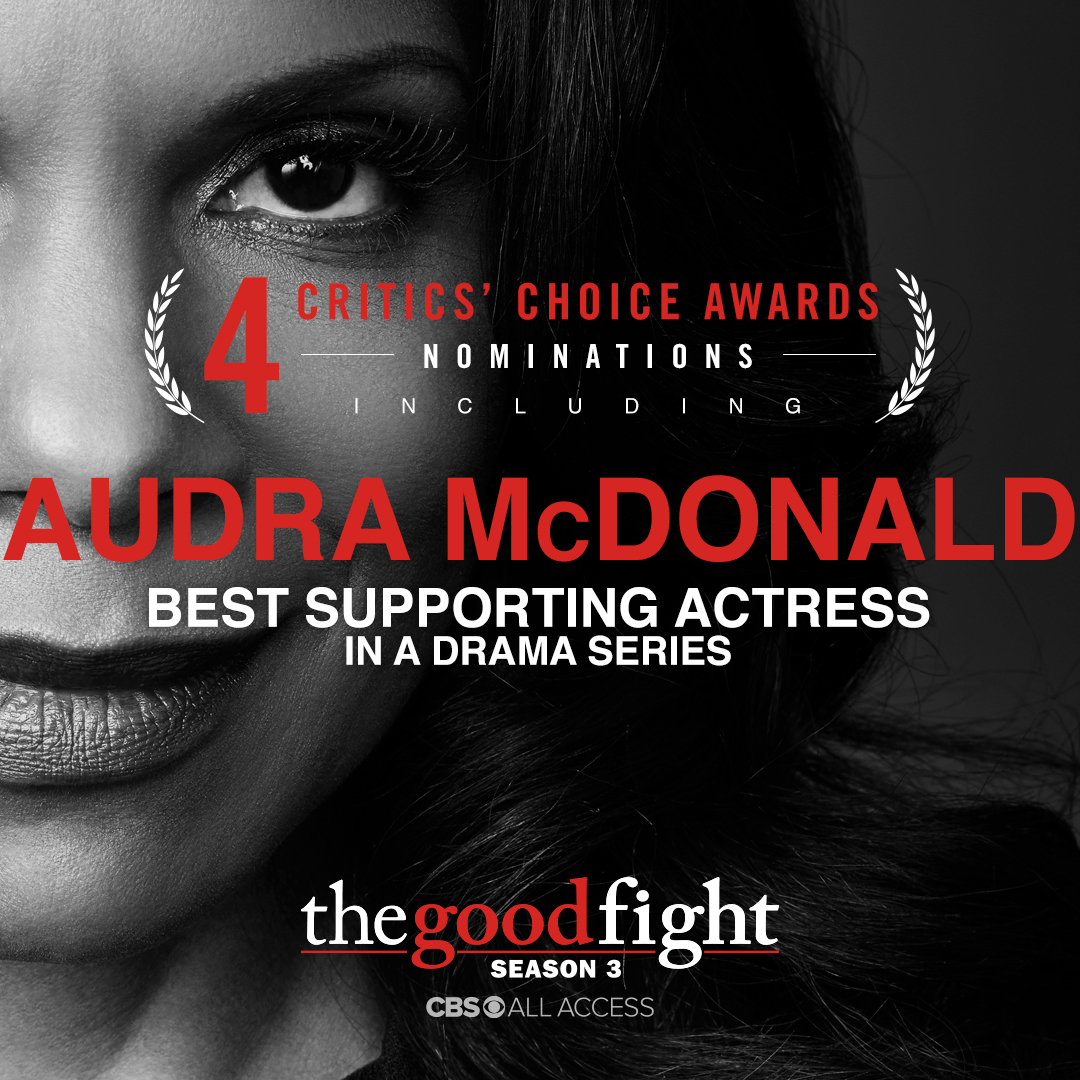