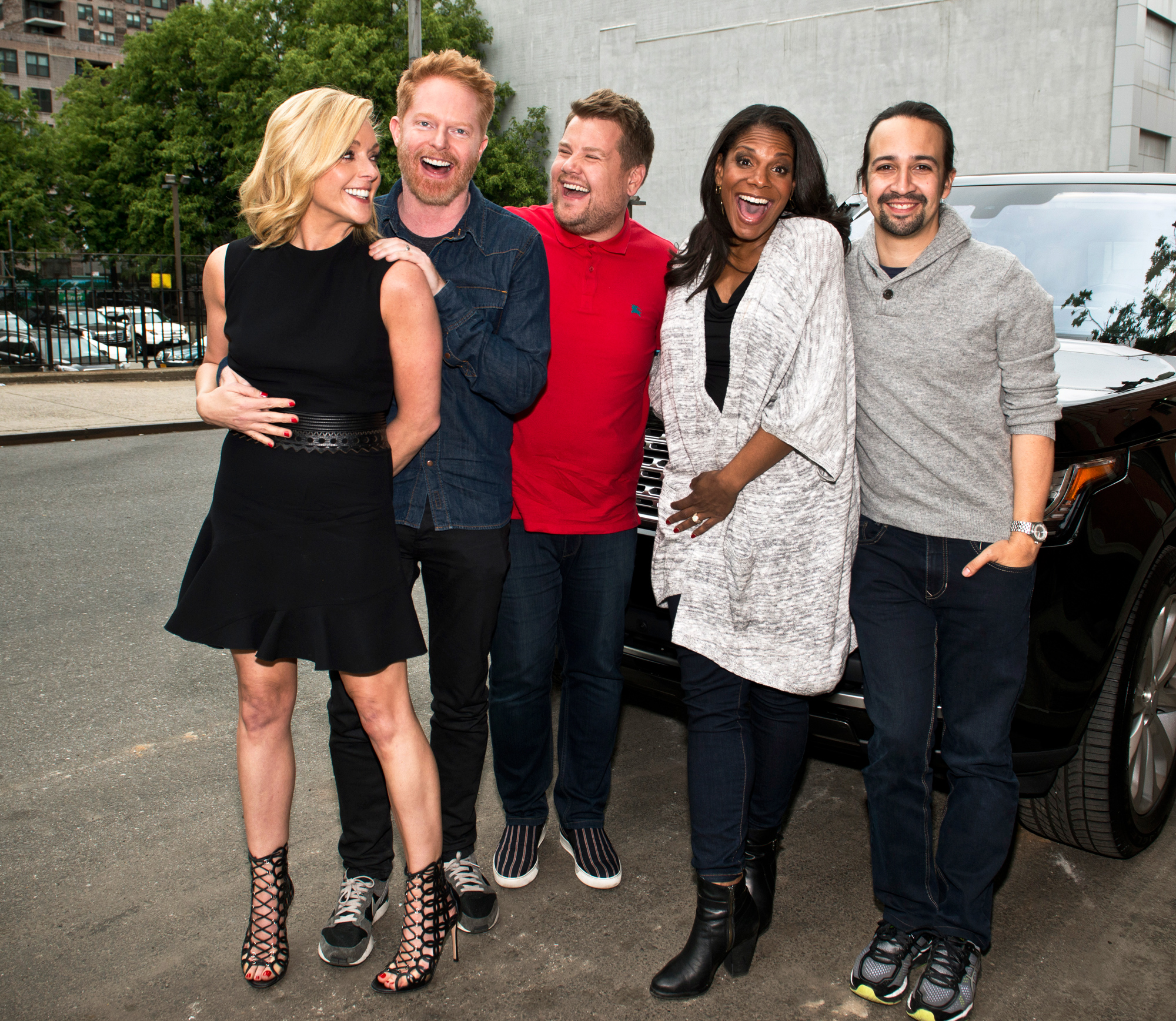 Between performances of Shuffle Along, or, the Making of the Musical Sensation of 1921 and All that Followed, Audra visits James Corden for a session of his ever-popular Carpool Karaoke segment. Fellow performers Jesse Tyler Ferguson, Jane Krakowski and Lin-Manuel Miranda join the party for a singalong of Broadway’s greatest hits.