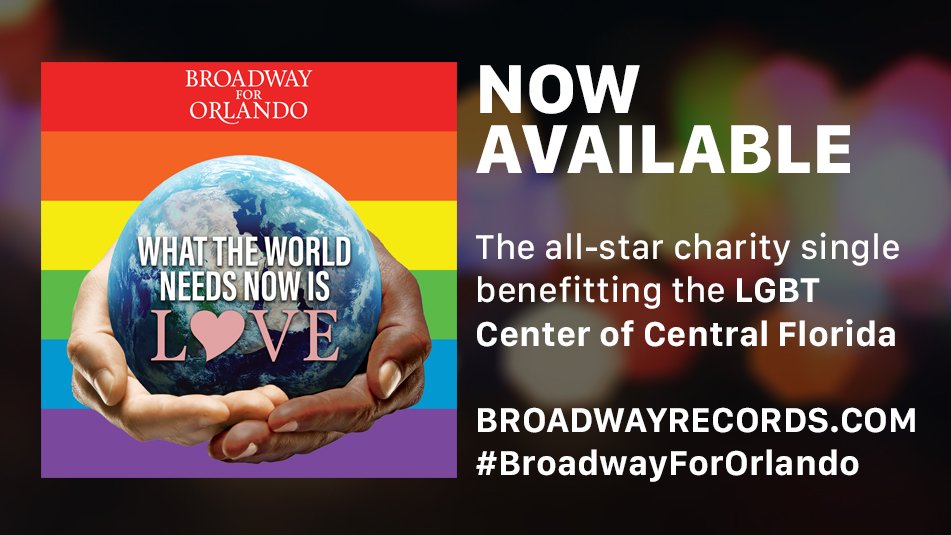 In response to the horrific shooting that took place at an Orlando nightclub, Broadway stars joined forces to honor the victims and their families with a recording of Hal David and Burt Bacharach’s “What the World Needs Now is Love.” Audra McDonald sings alongside friends and colleagues from the Broadway community including Carole King, Nathan Lane, Lin-Manuel Miranda, Bernadette Peters, Seth Rudetsky and Shuffle Along castmates Brian Stokes Mitchell and Billy Porter. Visit Playbill.com to watch an exclusive video from the recording studio.

Purchase the recording here on iTunes. All proceeds will benefit the GLBT Community Center of Central Florida.