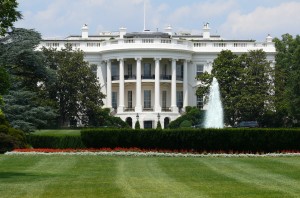 On October 14, Audra McDonald joins President Obama and the First Lady of the United States at the White House for an evening celebrating the American canon, featuring music ranging from hip-hop to jazz standards. “A Celebration of American Creativity: In Performance at the White House,” honors the 50th anniversary of the National Foundation of the Arts and Humanities Act and will be broadcast online and recorded for a feature on PBS.

“In Performance at the White House” has showcased American cultural traditions since its inception in 1978, with performances by legendary artists such as Tony Bennett, Bob Dylan, Herbie Hancock, B.B. King, and Vladimir Horowitz.

Watch a live webcast of the event online from WhiteHouse.gov.