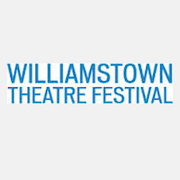 This summer, Audra McDonald will star opposite her husband Will Swenson in a production of Eugene O’Neill’s drama A Moon for the Misbegotten (Aug 5- 23), directed by Gordon Edelstein, at the Williamstown Theater Festival in Massachusetts. Audra will play Josie, a farmer’s daughter who plots against their alcoholic landlord, James Tyrone Jr., who will be played by Will Swenson. Audra and Will Swenson first worked together in the Roundabout Theater Company’s 2007 award-winning revival of the Harvey Schmidt, Tom Jones, and N. Richard Nash musical 110 in the Shade.