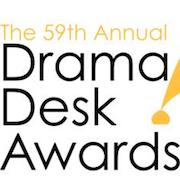 On the heels of her Outer Critics Circle Award nomination, it was announced today that Audra McDonald has been nominated for the 2014 Drama Desk Award in the category of “Outstanding Actress in a Play” for her portrayal of Billie Holiday in Lanie Robertson’s musical play Lady Day at Emerson’s Bar & Grill.

Audra received the 2012 Drama Desk Award in the category of “Outstanding Actress in a Musical” for her performance as Bess in the Broadway production of The Gershwins’ Porgy and Bess. The award marked her fourth from the Drama Desk committee; she won her first in 1994 in the category of “Outstanding Featured Actress in a Musical” for her star turn as Carrie Pipperidge in Carousel.

The 2014 Drama Desk Awards will be presented on June 1 at New York’s Town Hall.