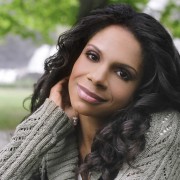 Audra McDonald will be the guest on today’s episode of NPR’s Fresh Air with Terry Gross, where she talks about her performance as Bess in the current Broadway revival of The Gershwins’ Porgy and Bess, for which she has received rave reviews as well as a Tony nomination for Best Leading Actress in a Musical. Tune in to your local NPR station to hear Fresh Air or listen online at npr.org, where the show will be available this evening.

Audra is also the subject of a profile on the cover of this past Sunday’s New York Times Arts & Leisure section highlighting the Tony Award nominees. Times writer Patrick Healy visits her at home to talk about her career on Broadway and on television’s Private Practice and the vital role her family plays both on and off stage.