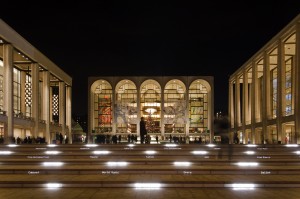 Live From Lincoln Center‘s telecast of Sweeney Todd: The Demon Barber of Fleet Street has won the Creative Arts Emmy Award for Outstanding Special Class Program. As the official host of the PBS series, Audra shares the award with the show’s producers.

Starring Emma Thompson as Mrs. Lovett and Bryn Terfel as the title character, Stephen Sondheim’s Sweeney Todd aired nationally on PBS on September 26, 2014. The production was directed by Lonny Price and featured the New York Philharmonic under the baton of Alan Gilbert.

Audra has served as the official host of Live From Lincoln Center since 2012. Sweeney Todd marks her fourth Emmy nomination and first win.