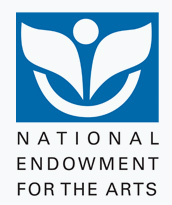 This September, Audra McDonald joins luminaries and patrons of the American arts as an honoree of the 2015 National Medal of Arts. Audra is recognized by the White House and National Endowment for the Arts for her singular achievements on the stage and screen. Fellow recipients of the distinguished honor include Mel Brooks, Sandra Cisneros, the Eugene O’Neill Theater Center, Morgan Freeman, Philip Glass, Berry Gordy, Santiago Jiménez, Jr., Moises Kaufman, Ralph Lemon, Luis Valdez, and Jack Whitten.

Established by the US Congress in 1984, the National Medal of Arts has been awarded to writers, dancers, choreographers, actors, painters, musicians, and dedicated supporters of the arts for their contributions to the field of arts and humanities in America. President Barack Obama will present the National Medal of Arts and the National Humanities Medal to the 2015 recipients in the East Room of the White House on September 22. The event will be streamed live at www.whitehouse.gov/live.