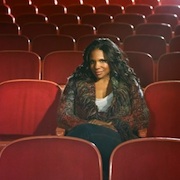 Hello Again is based on the 1897 play La Ronde written by Austrian author Arthur Schnitzler and was first presented Off-Broadway in 1993 at the Mitzi Newhouse Theatre at Lincoln Center. The story centers around the lives of ten different characters over the course of the 20th century.